The 2 Superpowers Of Blogging 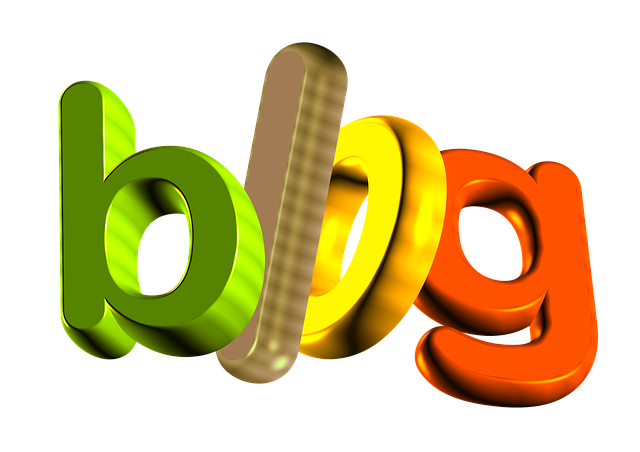 You have no doubt been aware of Blogging as a means of producing written content on websites for a long time. Sure, even people who do not Blog have seen it being described and talked about on Hollywood films, in many different circles of social life; it is funny, but few people seem to know exactly what it refers to, and why you would get involved with Blogging.

In the early days of the internet, way before Google, Facebook & YouTube were the focus of our attention, people who were considered nerdy, or geeky used to write on public blogging sites, or clunky little websites with that distinctive late 90’s style of graphics. These were the primordial Bloggers, they opened the path to publishing online.

As someone who has worked with helping people to navigate, and use the internet for their own objectives I am aware that there is still a significant number of people who are not entirely sure about what Blogging is actually about.

The best way to look at blogging is to consider the internet as being a giant publishing house. In the days preceding public access to the internet, publishing was a highly regulated, controlled set of practices; only those who were very wealthy, connected and accepted among official circles could publish any kind of significant content.

All aspects of publishing used to be closely monitored, and the official censors would stamp out anything that hinted at the controversial, edgy, revolutionary, challenging!

I think we tend to forget what an incredible range of opportunities the internet provides, in terms of being able to publish and reach massive audiences in a highly targeted and intentional way. Prior to 1995, not too long ago, even publishing an article in a magazine was a remarkable achievement.

For those who were born in the 90’s this might all seem a bit strange, why is this guy waxing lyrical about ‘publishing’ and ‘digital media’?

Our ability to post all kinds of content, from simple text messages to entire works of literature, and film is being taken for granted every day. Perhaps it is only when this begins to be restricted, and managed by groups in our society who assume a position of power and authority that we will feel the sting, and protest about our freedoms being taken away?

I don’t want to be the grumpy ‘boomer’ here, but it is precisely because I was born in 1958 and grew up when publishing was very difficult, and available to only the select few, that I can see and appreciate just what a bonanza of publishing freedom the internet truly is,

Anyway, Blogging, this has developed over the past 20 years, from being an indulgence of the private, to becoming a very significant media phenomenon which has displaced and challenged the old media empires, the 20th Century infrastructure of narrative/content. It is easy to see why the old order is becoming hostile, talking about regulation and control measures!

2016. This year will  be engraved in future history studies as being the year the old order finally understood the significance of the internet as an agency of social and political change.

We cannot overstate this, analysis so far has tended to focus on the two major disruptions of our society: Brexit, and the Trump presidential success.

Of course, these two events provide us with a lot to account for! However, I want to look at this in terms of how this year affected the mainstream groups within the U.K, and USA, and consequently the rest of the western world.

Prior to 2016, and the results of that year, the attitude and awareness of mainstream social and political culture towards the internet was essentially one of benign indifference.

Despite the obvious macro effects, of Newspapers, and Television being consumed much less, and the advertising revenue essentially drying up, the internet was still being regarded as a novelty, a distraction, a means to occupy the time of the public. This changed, very rudely and abruptly once it was realized that the old faithful mass media channels were no longer holding sway.

We can regard mass media as being those media types which hold the attention of the most significant number of people, this has shifted in the past 20 years from being T.V/Radio/Newspapers to that of Digital Media and the various internet based platforms. This is an often related insight, kind of obvious.

The implications for media people are an ongoing challenge.

Consider, if you are involved with the business of producing mass-media you are now faced with the very real situation that Pewdipie’s channel on YouTube commands more viewing attention than your entire newspaper’s circulation, Infowars reaches an international audience of many millions – vastly exceeding your television news presentations, a podcast written by a chap in Yorkshire commands more attention than your mainstream radio show.

The big wake-up, the rude shock of 2016 cannot be overstated, in terms of how this has affected the old order.

Blogging is a deceptively simple term, it now represents an incredible range of subjects, topics and intentions, the level of sophistication and sheer reach has developed to make Blogging the most powerful form of publication in human history.

The internet has always generated hyperbole, and superlatives, ever since Tim Berners-Lee gave us the WWW people have been presenting impressive statistics concerning the huge scale of the internet. However, we can often overlook the true implications and social effects of the internet, how it has changed the game so very much.

It now makes such powerful sense to participate with digital publication, each person now has the means to build and develop their intentions if they wish, to manifest their plans and projects through being able to reach very distinct groups of people. It takes some time, it takes some learning, it takes some effort but it is very real and powerful.

It is always best to have ownership of your assets, to be able to manage and directly determine the outcomes. The offerings of the public blogging sites attract people because they provide less friction for people to deal with; believe me, this type of friction is the good kind, it produces traction rather than obstruction.

If you directly own your domain name, and then build your specialist blog on this, it provides you with an immediate benefit.

The 1st of the two benefits I refer to in the title is that of ‘Identity’. We want to be recognized, to be seen and made visible to our audience.

The desire for anonymity online is understandable, but in terms of building a presence, a reputation and a name for yourself you don’t want anonymity! Plus of course our domain name can grow into a brand, a distinctive set of characteristics and intentions which sends a clear message to our readers.

The identity we build through our domain name, and the unique properties of our content serve to also build our message and the spirit of our whole project.

The 2nd benefit of building a blog is that of reach, and semantic power. Since its very first days, the World-Wide-Web has been concerned with language, and staking your claim in the cyber territory of the internet. As you construct your sentences, your phrases, paragraphs, articles, audio, video you also construct your online identity, your name becomes associated with your subject/s.

People speak about ‘SEO’, being able to optimize digital publication so that it begins to be seen by your desired audience and the algorithms accept your publication as being the ‘right kind’ for your categories and topics, the sphere of activity you choose to address. Well blogging directly and very powerfully satisfies the algorithms, but this is also a combination Chop Suey!

Human responses to your work, to your published content very directly works to assist the algorithms – this is where the purely techie SEO types often fall down. To the person who is entirely concerned with the technicalities and computer science aspects of web development, the human dimension is very often dismissed, people who actually read and consume your work are seen as raw numbers, it is as if the ‘Borg’ were publishing!

If you can combine your knowledge of WWW tech, with that of your passion and desire to communicate you will have a dynamite blend of digital publishing smarts!

This is why good quality blogs, and the writers who produce them build such huge reputations, they provide the internet with precisely what it wants. The overtly commercial types who fashion their ‘click-bait’ and crass offerings might gain a portion of the market, but let them! We know there is a huge appetite for the real thing, for actual human connection, for real knowledge and discovery, for genuine talent, for creative production.

The so-called ‘open market’ makes a call, this is you & I deciding that a particular blog is doing a great job, this is the judgement call of the people choosing to support a particular effort, because it informs us, entertains us, makes us laugh wryly, leads us to a new discovery, educates us.

Blogging has definitely come-of-age, it is a remarkable world which you and I can participate with and feel connected with, it can help us and enrich our lives. Decide to do a good job and the world will thank for it, and reward you!

There is such a lot of dross, of inauthentic content, of crassly commercial intentions, of outright insulting publication that good quality, authentic stuff is eagerly accepted!

The WWW, Google, algorithms respond to blogs if humans also respond to them, this is a fact, things have moved on a pace.

Blogging, it grants us 2 major benefits, if you can regard your venture, your project as being like a media company, and give your specific audience something of true value, you will succeed in ways which might surprise you. I wish you well, don’t just be a consumer of the internet, become a producer and a writer, it is open to you, but it might not always be,

Domain Name = your address on the internet, your specific real estate.

Mike Gorman has worked with digital media & IT since the mid '90's, iWriteBox is a media project to both assist and promote independent journalism and blogging
All Posts »
PrevPreviousLibertas
NextMainstream Media And The ‘Far Right’Next